"Billy Graham tells his life story in the book. He looks back at it all with down-to-earth warmth and candor--remembering his dairy farm upbringing, his early preaching experiences, and the ... Read full review

It takes a while to get through this biography, but then Mr. Graham has done a lot in his eventful life. The book goes through his life chronologically, and it reads as if Mr. Graham was telling ... Read full review 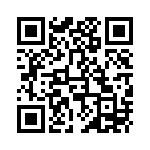