Every poet poetess student of poetry or lover of poetry should own this lovely book. I wish I had discovered it sooner. It is a little gem. Read full review

More than any other modern German writer, Rainer Maria Rilke seems to match our romantic idea of what a poet should be, though, as with many writers, separating artistry from affectation is often difficult. Restless, sensitive, reverent, yet egotistical, Rilke often seems to hover in his poems like a sort of ethereal being. He was born in 1875 to a wealthy family in Prague. After a few years devoted to the study of art and literature, he spent most of his adult life wandering among the European capitals and devoting himself single-mindedly to poetry. His early poems reflect his interest in the visual and plastic arts, as he tries to lose himself in contemplation of objects such as an antique torso of Apollo.His later books of poetry, such as Duino Elegies (1923) and Sonnets to Orpheus (1923), on the contrary, focus intently on internal realms. The poetry of Rilke is noted, above all, for metaphysical and psychological nuances. 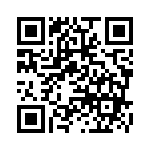