David Coady is a Senior Lecturer in Philosophy at the University of Tasmania, Australia. He has published on many topics in applied epistemology, including expertise, conspiracy theory, rumor, and the blogosphere. He is the editor of Conspiracy Theories: The Philosophical Debate (2006), and the author of What To Believe Now: Applying Epistemology to Contemporary Issues (2012). He has also published on metaphysics, philosophy of law, police ethics, the ethics of horror films, and the ethics of cricket.

Richard Corry is a Lecturer in Philosophy at the University of Tasmania, Australia. He has published in the metaphysics of science and is editor, with Huw Price, of Causation, Physics, and the Constitution of Reality (2007). 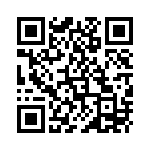