Steven Gross is Associate Professor of Philosophy at Johns Hopkins University, with affiliations as well with the Departments of Cognitive Science and of Psychological and Brain Sciences. He received his PhD in philosophy from Harvard University. Gross has published on a variety of topics in
philosophy of language and philosophy of mind, including context-sensitivity, cognitive penetrability, innateness, and the nature of linguistic evidence. His current projects include papers on perceptual consciousness and on temporal representation.

NicholasTebben earned his PhD from Johns Hopkins in 2013, and is presently a lecturer in philosophy at Towson University. He specializes in epistemology and the philosophy of language, and his work has appeared in Synthese, among other journals.

Michael Williams is a Krieger-Eisenhower Professor in the Department of Philosophy at the Johns Hopkins University and a fellow of the American Academy of Arts and Sciences. His main interests are epistemology, philosophy of language, (both approached from a broadly pragmatist standpoint) and the
history of modern philosophy. He is the author of Groundless Belief (1977; 2nd edition 1999), Unnatural Doubts (1992; 2nd edition 1996) and Problems of Knowledge (2001), as well as numerous articles. He is currently working on a book on different forms of philosophical skepticism with the working
title Curious Researches: Reflections on Skepticism Ancient and Modern. 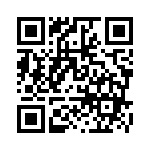