Atsushi Nakajima was a Japanese writer known for his meticulously researched short stories based on Ancient China. He was the author of Light, Wind and Dreams. Paul McCarthy is a professor of comparative culture at Surugadai University in Hanno, Saitama, Japan, and has a Ph.D. in East Asian Languages and Civilizations from Harvard University. He is the translator of numerous books, including A Cat, A Man, and Two Women and Childhood Years by Junichiro Tanizaki. Nobuko Ochner is an associate professor of Japanese at the University of Hawaii at Manoa, Honolulu. She is the coeditor of Confluences: Studies from East to West in Honor of V.G. Viglielmo. She lives in Honolulu, Hawaii. 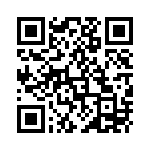