I am _done_ w/ the ninth pass. The ninth pass books fall into three categories: the pseudo-mediaeval ones (Dragonflight, Dragonquest), the girl-power/justice will prevail ones (Dragonsong ... Read full review

Sometimes when I read this book I just skip through reading the romance storyline between the two main characters Bronze rider F'lessan (son of F'lar and Lessa) and Tai, a green rider. For a time I ... Read full review

Anne McCaffrey was born in Cambridge, Massachusetts. She graduated cum laude from Radcliffe College, majoring in Slavonic Languages and Literatures. Before her success as a writer, she was involved in theater. She directed the American premiere of Carl Orff's Ludus de Nato Infante Mirificus, in which she also played a witch. Her first novel, Restoree, was written as a protest against the absurd and unrealistic portrayals of women in science fiction novels in the 50s and early 60s. Ms. McCaffrey is best known, however, for her handling of broader themes and the worlds of her imagination, particularly in her tales of the Talents and the fourteen novels about the Dragonriders of Pern.

McCaffrey lives in a house of her own design, Dragonhold-Underhill, in County Wicklow, Ireland. Visit the author online at www.annemccaffrey.org. 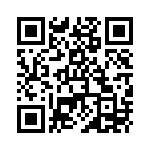