Cheryl R. Jorgensen-Earp is the author of numerous articles, book chapters, and three books. In 2001, she was named Virginia Professor of the Year by the Carnegie Foundation for the Advancement of Teaching and the Council for the Advancement and Support of Education. She teaches at Lynchburg College. 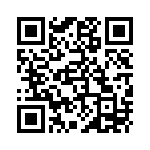