Frank completes his work on Dostoevsky's life with this fifth volume, which covers the years 1871-81. In his final decade, Dostoevsky wrote A Raw Youth, Diary of a Writer, and his masterpiece, The ... Read full review

I found this to be a really good research source for my philosophy work. It has very informative content on his ideas and beliefs! It is also very easy to understand.

James P. Scanlan is Emeritus Professor of Philosophy at The Ohio State University. He is author of Marxism in the USSR: A Critical Survey of Current Soviet Thought and editor most recently of Russian Thought after Communism: The Recovery of a Philosophical Heritage. 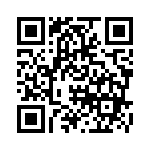