Ernest J. Weinrib is Professor of Law and Special Lecturer in Classics at the University of Toronto. 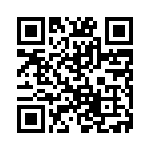