THE MOST HUMAN HUMAN: What Talking to Computers Teaches Us About What It Means to Be Alive

A heady exploration of the intersection of artificial intelligence (AI) and human nature.Each year, the Loebner Prize competition tests the continuing evolution of AI. Based on the Turing Test, named ... Read full review

Review: The Most Human Human: What Talking with Computers Teaches Us About What It Means to Be Alive

Compulsively readable--very funny and very smart. Christian actually serves as a judge for Hugh Loebner's annual Turing Test--something I once did, too. His test is more official than mine, which was held in Loebner's apartment. Read full review

BRIAN CHRISTIAN has published work in The Atlantic, Wired, The Wall Street Journal, and many literary and scientific publications. He has been featured on “The Daily Show with Jon Stewart,” NPR’s “Radiolab,” and “The Charlie Rose Show,” and has lectured at Google, Microsoft, the London School of Economics, and elsewhere. An award-winning poet, Christian holds a degree in philosophy and computer science from Brown University and an MFA in poetry from the University of Washington. The Most Human Human, a Wall Street Journal bestseller, has been translated into nine languages. Christian lives in Philadelphia. 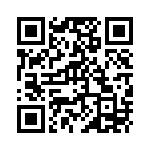