The above text by Daniel Bays titled, "A New History of Christianity in China," is being used for a college level course. Much research went in choosing the text for this course which is a independent study and so far I am very pleased with my chose. Read full review

Daniel H. Bays is currently Professor of History and Director of the Asian Studies Program at Calvin College in Michigan. Previously he taught at the University of Kansas for 30 years. He is the author of several books on Chinese Christian history. 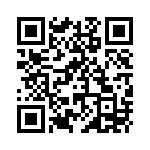