This play must be seen to comprehend its power; reading the script will not convey the vastness of this one-act play. It is an absolute stunning work of art for three male actors. Megan Terry is one of the foremost American feminist playwrights and for this play alone she should be famous.
Three men are in prison for the murder of the wife of one of them. In the course of ascribing blame and reliving the murder, the men become machines, cowboys, drag queens, 30's-40's tough guys; they dance, they sing; and why? Because, implies Ms. Terry, Men will do whatever it takes to rip out of themselves the Female within. The ending promises a resolution as touching as the rest of the play is harrowing.

Born in Seattle, Washington, Terry received her B. Ed. degree from the University of Washington in 1956. In the 1960s she became internationally prominent as a playwright with the Open Theatre and as the author of the first rock musical, Viet Rock (1966). In 1974 she joined the Omaha Magic Theatre as literary manager and playwright-in-residence. Many of her plays, which are experimental and avant-garde, criticize stereotyped gender roles while creatively affirming the strength of women. Over the years, Terry has created approximately 70 plays that have changed the course of contemporary drama and established her as a key figure in America's alternative theatre. 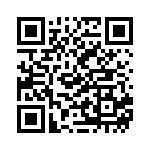