The Camino: A Journey of the Spirit

MacLaine's eighth book confirms her gift for storytelling; her pitch and timing are perfect. She wryly blends her spirituality with self-deprecating humor. While working in Brazil, the actress ... Read full review

The Camino: a journey of the spirit

MacLaine, an award-winning actress and the author of eight best sellers, shares her 30-day pilgrimage to Santiago de Compostela in northern Spain. The "camino" (the road that all pilgrims must take ... Read full review

Page 4 - Camino" — the road or the way — lies directly under the Milky Way and follows ley lines that reflect the energy from those star systems above it.
Appears in 3 books from 2000-2006
Page 5 - The energy of the ley lines increases the rate of vibration of the etheric and dense matter that make up the human brain. The result of this stimulation is the production of more full, conscious awareness and information that was previously repressed. This can be disturbing and frightening because it means that through this energy one becomes a more psychic being — for better or for worse.
Appears in 2 books from 2000-2006
More
Page 1 - Thus I came to believe that the surface of the earth is the matter and form through which a higher subtle electromagnetic spiritual energy flows.
Appears in 2 books from 2000-2006
Less

Shirley MacLaine has appeared in more than fifty films, has been nominated for an Academy Award six times, and received the Oscar for Best Actress in 1984 for Terms of Endearment. She also recently starred in the hit TV show Downton Abbey. A longtime outspoken advocate for civil rights and liberties, she is the author of ten international bestsellers. She lives in Malibu, California, and Santa Fe, New Mexico. 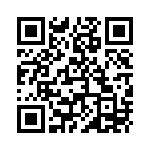