Michel Barbeau is Professor in the School of Computer Science at Carleton University, Canada. His topics of interest are Telecommunications Software and Distributed Systems, Mobile and Wireless Networks, Satellite Communications and Wireless Security. Michel is on the editorial board of the Engineering Letters of the International Association of Engineers, and has been a co-chair and programme committee member of a number of scientific conferences. Since 2003, he has led a major research project entitled Complex Adaptive Networks for Computing and Communication in the MITACS (Mathematics of Information Technology and Complex Systems) NCE (Networks of Centers of Excellence).

Evangelos Kranakis is Professor in the School of Computer Science at Carleton University, which he joined in 1991. He is currently CNS (Communication, Networks, and Security) Theme Leader in the MITACS NCE. He has published in the area of the analysis of algorithms, bioinformatics, communication and data (ad hoc and wireless) networks, computational and combinatorial geometry, distributed computing, network security. 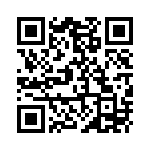