Peter L. M. Kerkhof, Studying at Leiden University, Peter LM Kerkhof completed his PhD thesis on clinical physiology (Dept. Pediatrics). His novel approach to analyzing cardiac pump function won him a Young Investigator’s Award at the World Congress of Cardiology, Moscow, 1982. As an NIH Fogarty Fellow he joined Harvard Medical School, and next Bioengineering at the University of Pennsylvania. He was organizer and chairman of the VIth International Meeting on Clinical Laboratory Organization and Management, The Netherlands, 1987. At AMA in Chicago he was Distinguished Lecturer in Medical Science in 1990, and at Rutgers University in 1996 visiting professor in Bioengineering. For two decades he served as associate editor of IEEE Trans BME, and acted as guest editor. He edited three books, and published on cardiology and medical informatics. While interested in computer assisted diagnosis, he is also associated with Radiology and Nuclear Medicine, VUMC, Amsterdam, where his focus is on pediatric cardiology, heart transplantation, and sex-related issues in heart failure.

Virginia M. Miller, PhD, is Professor of Surgery and Physiology and Director of the Women’s Health Research Center at Mayo Clinic, Rochester, MN. Trained as a comparative physiologist at the University of Missouri, Columbia, MO, her work has spanned basic studies of temperature regulation in hibernating animals, brain pathways involved with spatial memory, hormonal influences on the vascular endothelium and platelets in experimental animals to sex-specific risk (i.e. hypertensive pregnancy disorder, oophorectomy and natural menopause) for vascular dysfunction and cognitive decline in women. Her interdisciplinary approach to promoting research in sex differences has won her several awards including the Bernadine Healy Award for Visionary Leadership in Women’s Health and the Women’s Day Magazine Red Dress Award for promoting heart health in women. Topics in this book reflect her passion for mentoring the next generation of basic and clinical scientists to fill the knowledge gaps in understanding how biological sex influences health and disease. 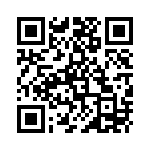