Jim Heid is one of the most highly regarded computer authors and trainers in the United States. A columnist for" Macworld "magazine since 1985, he has also been the personal technology columnist for the "Los Angele"s "Time""s," a frequent contributor to "PC W""orld," "Internet Worl""d," and "N""e""wsweek" magazines. He is the author of several best-selling books, including previous editions of" The Macin""tosh iLif""e," Jim is editorial director and a partner in Avondale Media, producers of DVD-based instruction and conferences. Ted Lai has years of experience in education and currently works for the Los Angeles County Office of Education. Ted also worked on the previous editions of" The Macintosh iLife in th"""e C"lassroom."

Peter Norton is an acclaimed computer software entrepreneur who is active in civic and philanthropic affairs. He serves on the boards of several scholastic and cultural institutions and currently devotes much of his time to philanthropy. Mr. Norton made his mark in the computer industry as a programmer and businessman. Norton Utilities(TM), Norton Antivirus(TM), and other utility programs are installed on millions of computer worldwide. He is also the best selling author of computer books. Mr. Norton sold his PC-software business to Symantec Corporation in 1990 but continues to write and speak on computers, helping millions of people better understand information technology. 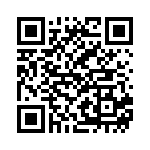