Page 228 - The woman and the man guilty of adultery or fornication, flog each of them with a hundred stripes...
Appears in 38 books from 1949-2007
Page 36 - The bride and the groom saw each other for the first time on their wedding day in 1903. On the eve of her wedding, Grandmother was summoned into her father's presence. 'Tomorrow you will belong to the Yen family,
Appears in 7 books from 1965-2006
More
Page 18 - Jerusalem and then taken through the seven heavens, even to the Sublime Throne, and initiated into the spiritual mysteries of the human soul struggling in space and Time. "The...
Appears in 4 books from 1972-2004
Page 166 - In the first, the mantra is divided into six parts grounded in the thumbs, index fingers, middle fingers, ring fingers, little fingers, and palms through the power of concentration. This is called kara nyasa, synchronization of the mantra's power with the energies of the hands. Next comes anga nyasa.
Appears in 2 books from 1999-2004
Page 107 - India's traffic for fifteen hundred miles — such a river of life as exists nowhere else in the world.
Appears in 4 books from 1901-2004
Page 18 - The reference to this great mystic story of the Mi'raj is a fitting prelude to the journey of the human soul in its spiritual growth in life.
Appears in 3 books from 1981-2004
Page 58 - If merely by drinking wine, men were to attain fulfillment, all addicted to liquor would reach perfection. . . . If liberation were to be ensured by sexual intercourse with a shakti, all creatures would be liberated by female companionship," says a text called the Kularnava Tantra.
Appears in 2 books from 1999-2004
Page 128 - British had just passed a law letting them take over any princely state under their patronage if the ruler died without a male heir.
Appears in 2 books from 2004-2005
Page 142 - Candles would burn or, better still, an oil lamp with oil that creates a special red light.
Appears in 2 books from 1992-2004
Page 6 - Look upon :i woman as a goddess whose special energy she is, and honor her in that state," wrote the early Tantra texts.
Appears in 2 books from 1999-2004
Less

Asra Q. Nomani is a former Wall Street Journal correspondent, has also written for the Washington Post, New York Times, and Time magazine on Islam, and has covered the war in Afghanistan for Salon.com. She has spoken about women’s rights in Islam on CNN, PBS, NPR, and the BBC. A Muslim born in India, Nomani was raised in the foothills of West Virginia, and currently lives in Morgantown with her son, Shibli. 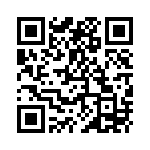