I always hated Rupert Murdoch and his evil empire (Fox "News", etc), and nothing in this book makes me doubt myself. This is a loooong, detailed, painful dissection of the News of the World phone ... Read full review

This is a very good read, although you will get angry at times as the story unfolds and truths are revealed. Following the story in the papers and on TV was interesting and revealing, but having it ... Read full review

Nick Davies is an award-winning investigative reporter and the author of four books, including the bestselling Flat Earth News. He has been named Reporter of the Year, Journalist of the Year, and Feature Writer of the Year at the British Press Awards, and has won eight additional prizes for his work uncovering the phone hacking scandal. He is a special correspondent for The Guardian. 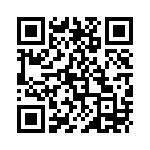