Born in Tartu, Estonia, 1933, Rein Taagepera became a war refugee in 1944, completed Estonian-language grade school in Germany and French-language high school in Morocco. He has B.A.Sc in engineering physics and M.A. in physics (University of Toronto), and Ph.D. in solid state physics and M.A. in
international relations (University of Delaware. After 6 years of industrial research at DuPont Co., he has taught political science at University of California, Irvine since 1970 and also at University of Tartu, Estonia since 1992. He ran third in Estonia's presidential elections 1992, and was in
2001 the founding chair of a political party that later won the elections. He has over 100 research articles in electoral studies and comparative politics, Baltic area studies, Finno-Ugric linguistics, and physics. His books include Seats and Votes (with Matthew Shugart), The Baltic States: Years of
Dependence 1940-1990 (with Romuald Misiunas), and The Finno-Ugric Republics and the Russian State. 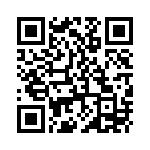