Paul Ward is lecturer in film and television studies at Brunel University. 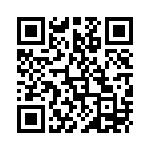