Jeffery D. Long is Professor of Religion and Asian Studies at Elizabethtown College, where he has taught since receiving his Ph.D. in the philosophy of religions from the University of Chicago Divinity School in the year 2000. Long is the author of three books–A Vision for Hinduism (2007), Jainism: An Introduction (2009), and The Historical Dictionary of Hinduism (2011). He is currently working on a two-volume introduction to Indian philosophy, including a textbook and a reader of primary sources. His other publications include over four dozen articles and reviews in various edited volumes and scholarly journals, including Prabuddha Bharata, the Journal of Vaishnava Studies, the Journal of Religion, and the Journal of the American Academy of Religion. He has taught in the International Summer School for Jain Studies in New Delhi, India, lectured at the Siddhachalam Jain Tirth, in Blairstown, New Jersey, and in April 2013, he delivered the inaugural Virchand Gandhi Lecture in Jain Studies at the Claremont School of Theology. Most recently, he spoke at the International Conference on Science and Jain Philosophy, held at the Indian Institute of Technology in Mumbai, India.

Karam Tej Singh Sarao was born in a remote village in the district of Sangrur in Punjab (India) where he received his initial school education. His an alumnus of the universities of Panjab, Delhi and Cambridge. After doing his Pre-University from Panjab University, he joined the University of Delhi from where he received the degrees of Bachelor of Arts (Hons) in History with Economics, Master of Arts (History), Master of Philosophy (Chinese and Japanese Studies) and Doctor of Philosophy (Indian Buddhism). He was awarded the prestigious Commonwealth Scholarship in 1985 to study at the University of Cambridge (United Kingdom) from where he received his second Doctor of Philosophy in Pāli and Buddhist Archaeology in 1989. He began his teaching career in 1981 at Delhi University’s Kirori Mal College where he taught ancient Indian history for about twelve years. In 1993, he joined the Department of Buddhist Studies, Delhi University as a reader (associate professor) in Indian Buddhism and Pāli. In 1995, he was selected to occupy a professorial chair in Buddhist Studies at Delhi University and has been teaching Pāli and Indian Buddhism, its history and archaeology since then. In his capacity as a professor, Professor Sarao has also been working as a member of the Delhi University Court since 1993. Besides having worked as head of the Department of Buddhist Studies, Delhi University for over twelve years, he has also sat on the governing bodies of different colleges of Delhi University. Professor Sarao has also worked as a member of the Governing Committee of the Central University of Tibetan Studies (Sarnath) and member of the Academic Council of the Jaina Visvabharati University (Ladnun). Professor Sarao has also been a visiting fellow/professor at Dongguk University (South Korea), Chung-Hwa Institute of Buddhist Studies, Jinshan (Taiwan), Sorbonne (Paris, France), Cambridge University (UK), Visvabharati (India), and PS Royal Buddhist University (Cambodia). He has written sixteen books and published more than 150 research papers and articles. Some of his important books are The Origin and Nature of Ancient Indian Buddhism (1989), Urban Centres and Urbanisation as Reflected in the Pāli Vinaya and Sutta Piṭakas (1990), Pilgrimage to Kailash: The Indian Route (2009), The Dhammapada: A Translators Guide (2009), The Decline of Indian Buddhism: A Fresh Perspective (2012). Besides Hindi and English, his research work has been published in Punjabi and Chinese. He has successfully supervised more than fifty PhD theses and over seventy M.Phil. dissertations. The Preah Sihanouk Royal Buddhist University, Phnom Penh (Cambodia) conferred the degree of D.Litt. (Honoris Causa) on him in 2011 for his special contribution to Buddhist Studies. He takes keen interest in mountainous trekking, religious pluralism, and interfaith dialogue. 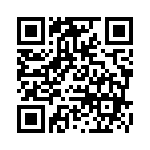