I love how the characters are so complete. They are imperfect in a natural and non annoying way.I found myself reading bits to my husband, surprised at how her portrayal of human nature is still ... Read full review

Wives and Daughters by Elizabeth Gaskell was not as satisfying or as interesting as the other two Gaskell's I've read, Cranford and North and South. I'm not sure what the plot was and I really didn't ... Read full review

Elizabeth Gaskell was born on 29 September 1810 in London. She was brought up in Knutsford, Cheshire by her aunt after her mother died when she was two years old. In 1832 she married William Gaskell, who was a Unitarian minister like her father. After their marriage they lived in Manchester with their children. Elizabeth Gaskell published her first novel, Mary Barton, in 1848 to great success. She went on to publish much of her work in Charles Dickens's magazines, Household Words and All the Year Round. Along with short stories and a biography of Charlotte Brontë, she published five more novels including North and South (1855) and Wives and Daughters (1866). Wives and Daughters is unfinished as Elizabeth Gaskell died suddenly of heart failure on 12 November 1865. 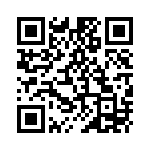