This book is a must-have for any fan of Southern cooking or serious student of Southern culture. Be warned, though, that about a third of the book is a survey of eating places across the South, and ... Read full review

This book is a combination of travel log, cookbook, and some other stuff. Besides the overviews, the main part of the book contains: Eating Out: Southern Food in Restaurants Eating In: Southern food ... Read full review

John Egerton was born on June 14, 1935. He received an undergraduate degree from the University of Kentucky after serving two years in the Army and then went into public relations. He moved to Nashville, Tennessee in 1965 to work for the Southern Education Reporting Service, which monitored integration efforts following the Supreme Court's decision in Brown v. Board of Education. The job led to a prolific career filled with newspaper jobs, magazine assignments and books. His first book, A Mind to Stay Here, was published in 1970. During his lifetime, he wrote 10 historical and literary books and contributed to several more as a writer and editor. His other works include The Americanization of Dixie: The Southernization of America and Southern Food: At Home, on the Road, in History. He won the Robert F. Kennedy Book Award for Speak Now Against the Day: The Generation Before the Civil Rights Movement in the South and the Lillian Smith Book Award for Generations: An American Family. He was the co-creator of the documentary A Child Shall Lead Them, about the desegregation of Nashville's schools. He co-founded the Southern Foodways Alliance, dedicated to Southern food and culture. He died of an apparent heart attack on November 21, 2013 at the age of 78. 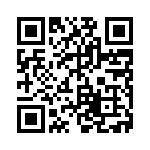