Ruth Murray Underhill was born in Ossining, New York on August 22, 1884. She received a B.A. in English from Vassar College in 1905 and spent a year working as a field agent for the Massachusetts Society for the Prevention of Cruelty to Children. She returned to New York, where she became a social worker with a private agency and did volunteer work with the American Red Cross. During World War I, she served as a relief worker with the Red Cross in Italy. She received a Ph.D. in anthropology from Columbia University in 1935. In 1933, she worked as a soil conservationist for the U.S. Department of Agriculture. She worked for fourteen years in the U.S. Indian Service, the educational arm of the U.S. Bureau of Indian Affairs. She lived for years with tribes around the country, particularly the Papagos and the Mohaves of Arizona, and wrote numerous fiction and non- fiction books about their ways of living and thinking. Her books include The Autobiography of a Papago Woman, Papago: Ethnobiology of the Papago Indian, A Papago Calendar Record, First Penthouse Dwellers of America, Singing for Power, Hawk over Whirlpools, Beaverbird: A Story of Indians on the Coast of Washington before the Coming of the Whites, Antelope Singer, and Indians of the Southwest. She was a professor of anthropology at the University of Denver from 1947 to 1952. She died on August 15, 1984 at the age of 99. 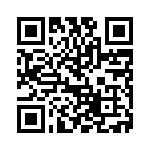