Partha Chatterjee is Director and Professor of Political Science at the Center for Studies in Social Sciences, Calcutta, and Visiting Professor of Anthropology at Columbia University. He is the author of many books, including Nationalist Thought and the Colonial World and The Nation and Its Fragments (Princeton). He is also a founding member of the editorial collective Subaltern Studies as well as a playwright and essayist in Bengali. 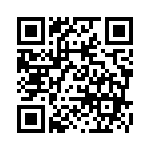