Guillermo Trejo is Assistant Professor of Political Science at Duke University. He was previously on the faculty at the Centro de Investigación y Docencia Económicas (CIDE) in Mexico City. Trejo's research focuses on collective action and social protest, armed insurgencies and political violence and religion and ethnic identification in authoritarian regimes and new democracies. His work has been featured in the American Political Science Review, the Journal of Latin American Studies and Política y gobierno. Trejo's dissertation received the 2006 Mancur Olson Award from the Political Economy Section of the American Political Science Association and his research on religious competition and ethnic mobilization in Latin America received the 2011 Jack Walker Outstanding Article Award from the APSA Political Organizations and Parties Section. 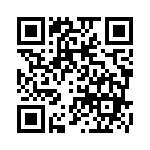