A brilliantly scholarly work that doesn't pull its punches. It includes, in Chapter 8, extensive information on how the Hare Krisha's "holy texts" were compiled, which in its original form was a book called "Unzipping the Purports." "Unzipping the Purports" was intended by its author to be published by the Bhaktivedanta Book Trust, but never saw the light of day until this book came along.
A wonderful read for ex-devotees especially, who are trying to make sense of their experience in the cult. Casual readers will perhaps not find as much enjoyment in this, unless they are especially interested in cults. A rare find for the post-Hare Krishna life - there are not enough academic resources like this out there, and certainly not enough press coverage. I applaud the effort of its creators and publishers.

Very interesting. I became interested in Iskcon but then became very upset at the backwards attitudes to women that men seemed proud to boast of. I think some of them are ignorant at how it might seem ok in a western nation where women have rights, but dangerous in many nations where women don't.

Edwin F. Bryant is assistant professor of Hinduism at Rutgers University. His publications include The Quest for the Origins of Vedic Cultureand Krishna: The Beautiful Legend of God, Srimad Bhagavata Purana Book Ten. Maria L. Ekstrand is a psychologist on the faculty of the University of California, San Francisco who was involved in the development of ISKCON's child abuse investigation guidelines. 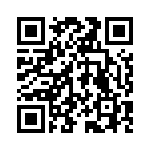