Jules Verne, one of the most influential writers of modern times, was born on February 8, 1828 in Nantes, France. He wrote for the theater and worked briefly as a stockbroker. Verne is considered by many to be the father of science fiction. His most popular novels include Journey to the Center of the Earth, Twenty Thousand Leagues Under the Sea, and Around the World in Eighty Days. These and others have been made into movies and TV mini-series. Twenty Thousand Leagues is even the basis of a popular ride at the Disney theme parks. In 1892, he was made a Chevalier of the Legion of Honor in France. He died on March 24, 1905 in Amiens, France. 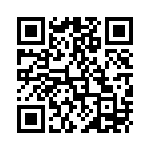