PAUL HORGAN (1904-1995) was a novelist, historian and biographer—and one of the 20th century's most gifted authors. He twice won the Pulitzer Prize for History in a literary career spanning seven decades, and taught at Yale University, University of Iowa and Wesleyan University. His many other books include The Great River: The Rio Grande in North American History (Wesleyan, 1991). 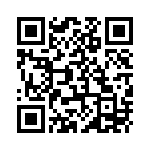