Harry Partch (1901-74) was one of this country's most iconoclastic, visionary, and courageous composers, and it is a measure of his controversial status in the world of American arts and letters that ... Read full review

An in-depth portrait of a great American iconoclast. Bob Gilmore outdoes himself in this bio, culled from several years of his research. The style is frank and detailed but still compassionate. Gilmore cobbles together a strong narrative from stories from the life of a man who spent his life wandering. No easy task. He managed to filter out uncorroborated bits and provide the most objective view of Partch I've yet to come across. Highly recommended. 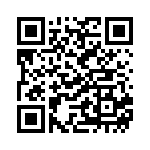