Kevin C. Elliott is an Associate Professor with joint appointments in Lyman Briggs College, the Department of Fisheries & Wildlife, and the Department of Philosophy at Michigan State University. His publications include Is a Little Pollution Good for You? Incorporating Societal Values in
Environmental Research (Oxford University Press, 2011) and A Tapestry of Values: An Introduction to Values in Science (Oxford University Press, 2017).

Ted Richards is the editor of Soccer and Philosophy: Beautiful Thoughts on the Beautiful Game (Open Court, 2010). He teaches Philosophy at Michigan State University. 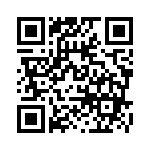