The puzzles of the murders and thefts are rather nice, and the creation of Father Brown has it's delights though he's a bit too much. Flambeau, after his first two appearances is a complete dud ... Read full review

If you know Chesterton's Father Brown from the recent PBS series featuring Mark Williams, you may not recognize him in this story collection. [The Innocence of Father Brown] is Chesterton's first ... Read full review

Gilbert Keith Chesterton was born in London, England, in 1874. He began his education at St Paul's School, and later went on to study art at the Slade School, and literature at University College in London. Chesterton wrote a great deal of poetry, as well as works of social and literary criticism. Among his most notable books are The Man Who Was Thursday, a metaphysical thriller, and The Everlasting Man, a history of humankind's spiritual progress. After Chesterton converted to Catholicism in 1922, he wrote mainly on religious topics. Chesterton is most known for creating the famous priest-detective character Father Brown, who first appeared in "The Innocence of Father Brown." Chesterton died in 1936 at the age of 62. 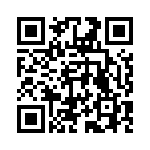