65 other sections not shown

A philosopher and writer in the field of biomedical ethics, Thomas Beauchamp was born in Austin, Texas. He was educated at Southern Methodist University, where he received his B.A. and M.A. degrees; at Yale University; and at Johns Hopkins, where he earned a Ph.D. in 1970. That same year Beauchamp joined the philosophy department at Georgetown University, becoming professor of philosophy in 1979. He also served as senior research scholar with the Center for Bioethics at Georgetown's Kennedy Institute. Beauchamp is an influential leader and teacher in the emerging field of biomedical ethics, which deals with the interrelationship of ethics and the complex technology of modern medicine. His concerns have embraced the philosophical and ethical dimensions of health care, therapeutic practice, and medical and biological research. His best known work, Principles of Biomedical Ethics (1979), was the first of an impressive series of studies he produced in the field of bioethics. 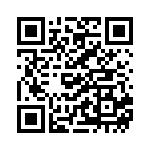