Rebels all!: a short history of the conservative mind in postwar America

Kevin Mattson is Connor Study Professor of Contemporary History at Ohio University and the author of many books including, Upton Sinclair and the Other American Century and When America Was Great: The Fighting Faith of Postwar Liberalism. 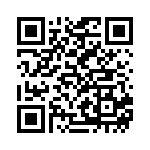