Richard Schickel has been the film critic for Time magazine since 1972. He is also a prolific documentary filmmaker, movie historian, and author of over thirty books. He was recently given the National Board of Review award for contributions to film history.

George Perry is a film critic, journalist, and broadcaster who has interviewed a wide array of film greats. He is also a documentary film consultant and author of many books on film history and the stars who lived it.

Clint Eastwood is an Academy Award-winning filmmaker of over fifty films. 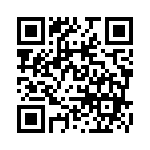