A great book that gave me the chance to read some of the Hindu nationalists first-hand. I don't know that it's a great first read (Martha Nussbaum's "The Clash Within" is much better to start with), but if you're familiar with Hindu nationalism, it's a great read. Read full review

Christophe Jaffrelot is director of the Centre d' Etudes et de Recherches Internationales (CERI-Sciences Po/CNRS) in Paris. His books include India's Silent Revolution: The Rise of the Lower Castes in North India. 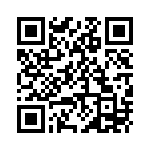