found lots of good info thanks

Clifford L. Staten is professor of political science at Indiana University. He is a noted authority on Cuba, and has written many journal and magazine articles on Cuban history, culture, and politics as well as contributing to travel guides. 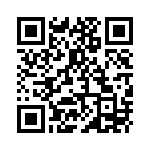