Ulla Haselstein is professor of American Literature (chair) at the John F. Kennedy Institute and the director of the Graduate School of North American Studies, Freie Universität Berlin. Her book publications include Entziffernde Hermeneutik (1991); Die Gabe der Zivilisation (2000); Iconographies of Power: The Politics and Poetics of Visual Representation (2003, co-edited with Berndt Ostendorf and Peter Schneck), Cultural Transactions: 50 Years of American Studies in Germany (2005, co-edited with Berndt Ostendorf), and The Pathos of Authenticity. American Literary Imaginations of the Real (2010, co-edited with Andrew Gross, MaryAnn Snyder-Körber).

Catrin Gersdorf is professor and chair of American Studies at the University of Wuerzburg, Germany. From 2009 to 2012 she was a member of the research group on “Coolness” at the research cluster “Languages of Emotion,” Freie Universität Berlin. The author of The Poetics and Politics of the Desert: Landscape and the Construction of America (2009), she has published several articles on nineteenth and twentieth-century US-American literature and culture.

Elena Giannoulis is advanced research fellow at the Institute of East Asian Studies at Freie Universität Berlin. From 2010 to 2012 she was a researcher in the “Languages of Emotion” Cluster at Freie Universitaet Berlin. She currently works on her project Emotion Management in Japanese Literature and Culture since the 1980s. Publications: Giannoulis, Elena. Blut als Tinte: Wirkungs- und Funktionsmechanismen zeitgenössischer shishosetsu [Blood as Ink: Mechanisms of effects and functions of contemporary shishosetsu]. (2010). 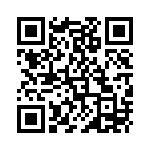