André Balogh is Emeritus Professor of Space Physics in Imperial College London and a past Director of the International Space Science Institute, Bern, Switzerland. He has participated in numerous scientific space missions since the mid‐1960s and has been a Principal Investigator on the Ulysses and Cluster missions. His principal research interest is the observation and study of magnetic fields in the heliosphere and in planetary environments. He is author and co‐author of over 450 scientific publications and editor of seven books on solar system topics. 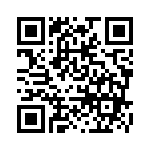