I don't often give a book five stars but in the case of Delirium by Lauren Oliver, it was warranted...especially since I typically do not even care for dystopian stories. Having read Before I Fall, I ... Read full review

This was way better than I thought it would be. Mama, Mama, help me get home I'm out in the woods, I am out on my own. I found me a werewolf, a nasty old mutt It showed me its teeth and went straight ... Read full review

Lauren Oliver captivated readers with her achingly beautiful first novel, BEFORE I FALL. She followed that up with the compellingly addictive Delirium Trilogy, PANIC and VANISHING GIRLS. Her newest novel REPLICA will publish in late 2016.She is also the author of several novels for young readers, LIESL & PO, THE SPINDLERS and CURIOSITY HOUSE: THE SHRUNKEN HEAD. Lauren is a graduate of the University of Chicago and NYU's MFA program, she lives in Brooklyn, New York. You can visit her online at www.laurenoliverbooks.com. 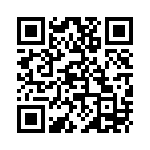