Mikhail Bakhtin was born on November 17, 1895 in Orel, Russia. He attended the University of Petrograd from 1913 to 1918, where he studied classics and philology. After graduation, he taught, wrote, and developed many of his theories. From 1945 to 1961, Bakhtin taught at the Mordovia Teachers Training College. He continued to publish works and develop theories such as that of dialogics, which contends that language evolves dynamically and both shapes and is shaped by culture. The theories are explored in Art and Answerability and The Dialogic Imagination. Bakhtin wrote several of his early works under the pseudonyms of his friends P.N. Medvedev and V.N. Voloshinov. He was persecuted under the Stalin regime for his philosophies and sentenced to six years imprisonment. A bone disease that ultimately forced the amputation of his right leg in 1938 further complicated his troubles. Bakhtin died on March 7, 1975. 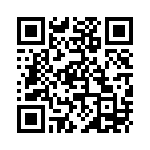