Roland Faber is Kilsby Family / John B. Cobb Jr. Professor of Process Studies at Claremont Lincoln University and Claremont School of Theology, Professor of Religion and Philosophy at Claremont Graduate University, Executive Co-Director of the Center for Process Studies, and Executive Director of the Whitehead Research Project. He is the author of God as Poet of the World: Exploring Process Theology.
Andrea M. Stephenson is a doctoral student in philosophy of religion and theology at Claremont Graduate University. 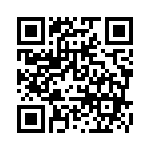