Like all dated material, a little bit of a challenge to get through, but well worth the effort. In this brief little book, Paine lays out the underlying rationale of the country's founding and impetus for the revolution. Long story short: the King is not law: the Law is king. Nuff said. Read full review

One of the strongest natural proofs of the folly of hereditary right in kings, is, that nature disapproves it, otherwise, she would not so frequently turn it into ridicule by giving mankind an ass for ... Read full review 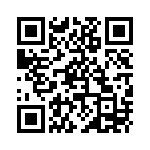