Étienne Gilson (1884-1978) was a French philosopher and educator. He taught the history of medieval philosophy at the Sorbonne, took the chair of medieval philosophy at the College de France, and in 1929 helped found the Pontifical Institute of Mediaeval Studies in Toronto, Canada. Although primarily a historian of philosophy, Gilson was also one of the leaders of the Roman Catholic neo-Thomist movement. Honored by universities around the world, he wrote many books, including The Spirit of Mediaeval Philosophy and Wisdom and Love in Saint Thomas Aquinas. 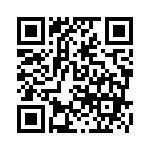