James G. Basker is the Richard Gilder Professor of Literary History at Barnard College. He is the author or editor of numerous books, including Tobias Smollett: Critic and Journalist and Amazing Grace: An Anthology of Poems about Slavery, 1660–1810. The late Paul-Gabriel Boucé, professor at the University of Paris, wrote and edited many books, including Sexuality in Eighteenth-Century Britain. Nicole A. Seary is a researcher at the Gilder Lehrman Institute of American History. 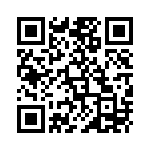