Ralph Ellison (March 1, 1914 - April 16, 1994) has the distinction of being one of the few writers who has established a firm literary reputation on the strength of a single work of long fiction. Writer and teacher, Ralph Ellison was born in Oklahoma City, studied at Tuskegee Institute, and has lectured at New York, Columbia, and Fisk universities and at Bard College. He received the Prix de Rome from the Academy of Arts and Letters in 1955, and in 1964 he was elected a member of the National Institute of Arts and Letters. He has contributed short stories and essays to various publications. Invisible Man (1952), his first novel, won the National Book Award for 1953 and is considered an impressive work. It is a vision of the underground man who is also the invisible African American, and its possessor has employed this subterranean view and viewer to so extraordinary an advantage that the impression of the novel is that of a pioneer work. A book of essays, Shadow and Act, which discusses the African American in America and Ellison's Oklahoma boyhood, among other topics, appeared in 1964. Ralph Ellison died on April 16, 1994 of pancreatic cancer and was interred in a crypt at Trinity Church Cemetery in the Washington Heights neighborhood of Upper Manhattan. 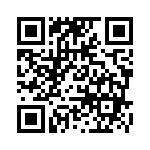