Appendix B ("Who was Francis Mason?") provides some biographical information on the 19th century Christian missionary who ended up producing a textbook that is (now) almost exclusively interesting to Buddhists.  Mason is credited for pioneering work in a number of languages, including Mon, Karen and Pali.

Eisel Mazard finished this peculiar edition of the book in 2005 (as a sort of by-product of his own study of the language), and his 2015 introduction provides some sketch of how and why this happened.  His online presence can be found via www.eisel-mazard.com 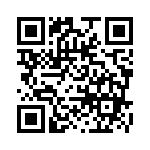