John Scott is an Honorary Professor at the Universities of Essex, Exeter, and Copenhagen. He was formerly a professor of sociology at the Universities of Essex and Leicester, and pro-vice-chancellor for research at the University of Plymouth. He has been president of the British Sociological Association, Chair of the Sociology Section of the British Academy, and in 2013 was awarded the CBE for Services to Social Science. His work covers theoretical sociology, the history of sociology, elites and social stratification, and social network analysis. His most recent books include British Social Theory: Recovering Lost Traditions before 1950 (SAGE, 2018), Envisioning Sociology. Victor Branford, Patrick Geddes, and the Quest for Social Reconstruction (with Ray Bromley, SUNY Press, 2013), Objectivity and Subjectivity in Social Research (with Gayle Letherby and Malcolm Williams, SAGE, 2011). 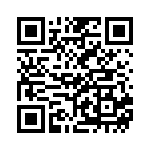