Gunter Eich was a German poet who lived 1907-1972 and who was known for the simplicity of his poems. Translator Michael Hofmann presents a unique picture of Eich in his introduction to Angina Days (a ... Read full review

Michael Hofmann is an award-winning poet and translator. His Selected Poems (Farrar, Straus and Giroux) appeared in 2009. His other books include the anthology Twentieth-Century German Poetry (Farrar, Straus and Giroux) and the book of essays Behind the Lines (Faber & Faber). He has translated Durs Grünbein, Franz Kafka, Wolfgang Koeppen, and Joseph Roth, among many other writers. He teaches at the University of Florida in Gainesville, and lives in London and Hamburg. 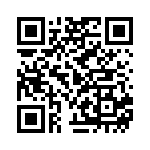