The Secret Adversary (1922) (Tommy & Tuppence #1) by Agatha Christie. The first and the best of the Tommy & Tuppence stories, this book features a truly secret adversary in the form of Mr. Brown ... Read full review

Synopsis: 'In the Prologue, a man quietly gives important papers to a young American woman, as she is more likely to survive the sinking RMS Lusitania in May 1915. In 1919 London, demobilised soldier ... Read full review

Agatha Christie (1890–1976) is the bestselling novelist in history; only the Bible and the works of Shakespeare are more frequently purchased than her mysteries, which have sold more than a billion copies in English and another billion in 100 foreign languages. Her play, The Mousetrap, opened in London in 1952 and has run continuously ever since. 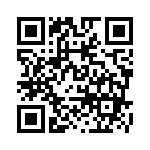